The gaming world has reached new levels with the latest advancements and technology. Video gaming consoles are becoming the latest forms of entertainment for all age groups. Your televisions and monitors will be transformed when plugged with a gaming console. These companies build high-end games that work great only on a gaming console. Almost all games of a console come with high graphics and a good storyline. For serious enthusiasts, a gaming console would be the perfect addition to your collection. Gaming consoles have come a long way from Gameboy to Ps4 and Xbox. The rise is such gaming consoles create confusion when buying one. Many models with a variety of specifications exist on e-commerce sites, but it is essential to understand the technical jargon.

Most Popular Gaming Consoles In India

Sony is the leading company in the gaming industry, and its newest version in consoles is the PS4. Many other consoles were popular before the launch of PS4, like the PS3 and Xbox. At present, PS4 and its Pro version are the best gaming consoles in the market. The hardware is well built, and the extended game library always comes handy. The controller is durable and also comes wireless. The latest model of PS4 Pro is compatible with 4K gaming and streaming. The PlayStation supports all games. When buying the console, one gets a gaming bundle of 3-4 games along with it.

Even Microsoft over the years has perfected on a console that is an all-round media center. There are many models of Xbox, but two that stand out are Xbox One and Xbox One X. The Xbox is a powerful console with impressive hardware. Streaming videos and movies from Netflix is as smooth as the gameplay on Xbox. Microsoft also provides several other popular services like Hulu. Games can be played at 4K Blu-Ray with the help of Xbox. They are the most affordable gaming consoles in the market. Even Xbox is lined up with triple-A games that are provided with the console.

A Japanese company Nintendo has perfected this console called Switch, which enables players to engage in casual gaming now and then. One can play outdoors and indoors without any problems with battery or display. A hybrid model that lets one transform their tv into a console is the new trend, and it is all done by the latest model of Switch.

What Are The Factors To Look For In A Gaming Console?

Versions - Always go with the newest version available that lets one play all the games launched in previous models. New games released won't have the same feel and experience on older versions of gaming consoles. For example, when PS4 started, all the PS3 matches were not compatible. So, to avoid such problems, always prefer the model that is currently running in the market.

4K Gameplay VS HD Gameplay - It is all just a matter of choice when talking about gameplay. 4K gaming will give that complete gaming experience, but HD gameplay is also not that bad. The price will be higher for such consoles, but it is worth every penny spent. It has more vibrant colors and sharper colors on 4K gaming consoles.

Usage Of Media - If one wants to do more than gaming with their console, any Xbox console would be better. It offers a better user interface. Streaming should be flawless when choosing a console for media purposes. All popular content on Netflix and Hulu should be accessible.

Storage - Online gaming and regular downloads suck your hard disk dry. So, try getting at least 1000 GB of room for your gaming console. If you are a console gamer, then you will require 2000 GB.

Matching your Friends Console - Everyone wants to game with their closest friends, right? So, buy a console that most of your friends have bought. It is best to have at least two controllers so that you and your friends can play simultaneously. It may be PS4 or Xbox. Everyone gets to enjoy some good gameplay and have a great time

Budget - The price tag is the one that most people look for first at any store. Save some good money to get a high-end gaming console. Sony and Microsoft have some great designs at affordable price rates.  But at the same time, some custom consoles cost a little more. A PS4 cost around Rupees 30,000, and an Xbox is a couple of thousand Rupees less than that. Nintendo Switch requires the highest at Rupees 40,000. Online stores like Flipkart and Amazon are providing many sales and offers. Check those out for exclusive deals at reasonable prices.

Warranty - Gaming consoles are prone to different problems that may be software related or hardware. All the brands manufacturing these consoles are giving a minimum of 1 year warranty period. Look for any damage before buying the console and test the controller multiple times.

It is everyone’s dream to have a gaming console. It can be made a reality when proper steps are taken. Keep all the aspects mentioned in the above paragraphs in mind before making the purchase. To look some at exclusive deals on consoles, follow our list of top ten gaming consoles in India.

Affiliate Disclosure
Reviews.guide is a data-driven platform that uses proprietary algorithms to analyze product descriptions and features customer reviews, price comparisons, and provide deep insights into top brand products available in the market. Please be aware that Reviews.Guide might accept advertising compensation from companies that may appear on this platform, and this may influence the order in which the content/product/service/company is advertised. In some cases, the compensation may also impact the rating and tags assigned by Reviews.Guide. The rating is also determined by our subjective opinion and the brand preference based on the reputation or market share of a particular Brand/Company. Any product/Service/company listings do not imply any type of endorsement. All representations of features and other information are subject to change at any time, and all the information presented on this page is disclaimed. Please check the Terms of Use for additional information. 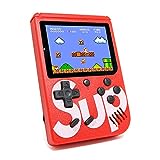